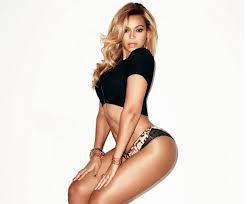 We all watched Beyoncé’s performing at the president inauguration and super bowl 2013. She looked amazing a year after giving birth to a baby Blue. What is Beyoncé’s workout secret?

Beyoncé said in a super bowl live interview “I love my job. I love my country. I love what I’m able to do.”  She is a great singer, dancer and showgirl and the love to her job seems to be the motivation, that keeps her fit and healthy. Her professionalism and dedication are the key elements for her fitness looking body. Of course it’s a lot more than that. Strict diet workout routine and no cheat days.

Diet
Beyoncé had to lose 20 pounds  for her role in the film Dreamgirls. The extreme Master Cleanse liquid diet was the key at that time, but Beyoncé is not a fan of extreme diets, which led to gaining that weight later on.

Beyoncé encourages every women to breastfeed there babies, and says ” It’s good for the baby and good for yourself. I lost most of my weight from breastfeeding”

After the birth of her baby, Beyoncé had to lose 60 pounds. “I ate lettuce!” She says.

Beyoncé lost the weight several months after giving birth to daughter Blue Ivy Carter by doing a lot of cardio. She started slowly gaining her strength back by walking for a less than a hour in the beginning to running for a hour later.

She is a busy woman, but when Beyoncé has a few minutes, she likes to do squats, lunges, and planks, no matter where she is.

She sprints and runs while on the treadmill to burn more calories in a shorter amount of time.

We all know that Beyoncé’s a great dancer. She will dance not just because of her job, but because she loves to do it. Dancing can burn up to 1000 calories at a time.

Beyoncé is the great example of how everyone can lose weight and look good if there is motivation, dedication and hard work.

Ask the experienced rather than the learned! “Be Beyoncé Knowles”, workout like Beyoncé.